Ignacio Dayrit does not like being the center of attention. “I grew up in the younger half  of eight siblings. I only got attention when I was in trouble.” Ignacio demurred. He can’t avoid the attention now that he has been awarded the Phoenix Lifetime Achievement Award in honor of Charlie Bartsch at EPA’s Brownfields 2022. “Recognition like this is a little strange, because it’s our job at CCLR to make others look good.”

Having grown up in Manila, Philippines, Ignacio is drawn to walkable, compact and vibrant cities. He is passionate about land recycling as it protects open space through more sustainable infill development. After graduating with his Masters of City Planning from UC Berkeley in 1988, Ignacio started as the redevelopment project coordinator for Emeryville, California – putting him on the front line of the new field of brownfield redevelopment.

“Back then, everything was treated like a superfund site, brownfields weren’t an official thing.” Ignacio says, “We were trying to get community projects going, but as a former industrial city, every site was contaminated in some form or another. Even the consultants weren’t sure how to approach the projects.”

Emeryville was one of the first cities to receive a brownfield pilot grant. Ignacio worked closely with Charlie Bartsch, who was critical in the development of EPA’s brownfield’s program. Ignacio has many fond memories of Bartsch. While Charlie was recovering from a cardiac episode, Ignacio  drew “Charlie Brownfield ” on the pitcher’s mound with the  caption “Time to get back up Charlie Brownfield!” (we could not locate the original drawing, but Charles Shultz’ cartoon below captures the sentiment).  Ignacio’s well-known Brownfield Karaoke features “Charlie’s Tome” an ode’ to Bartsch’s educational Powerpoint presentations to the tune of “Kodachrome” by Paul Simon. 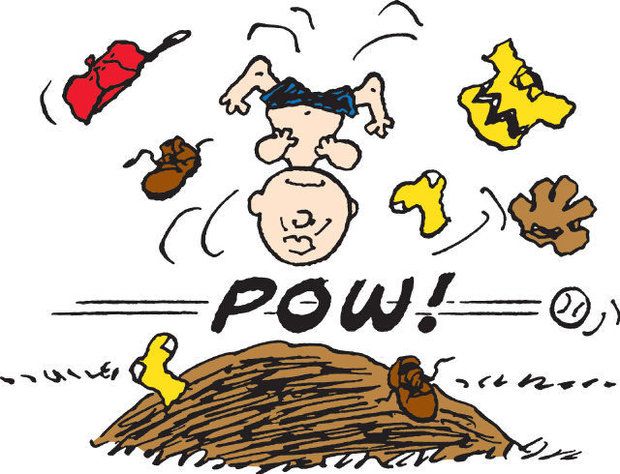 “Time to Get Back Up Charlie Brownfield!”

“Charlie made everyone’s job easier,” Ignacio reflects, “That’s what we do at CCLR. We aren’t at the ribbon cutting, we aren’t the headliner, but we were there very early on to make the project happen, to find the headliners and make sure they are successful.”

Charlie Bartsch was always giving back to the redevelopment community and was passionate about sharing his knowledge. He was a member of CCLR’s Advisory Council before his passing in 2018.

Ignacio has been engaged with CCLR since it was the California Center for Land Recycling under the Trust for Public Land. He originally provided advice as a member of CCLR’s  “Community Advisory Group” and worked as a consultant.  After Emeryville’s brownfields were on the path to redevelopment,  Ignacio took a full-time position with CCLR so he could share what he knew with other communities.

In his 30 years of land recycling experience, Ignacio has seen a lot of change in the industry.  When he started out, much of his work was about changing the way regulatory agencies saw the sites, and educating stakeholders on the differences between superfund enforcement sites, and brownfield sites where clean-up was initiated by local stakeholders versus regulators. . Today, redevelopment is slowed by a different set of factors: uncertainty around local budgets, lack of capacity within cities to manage grants, COVID, and climate change and environmental justice considerations have changed how reuse is approached.

The two projects Ignacio is most proud of are the 2022 Phoenix Award-winning EmeryStation and the South Bayfront Bridge and Park. The 10-acre EmeryStation site was previously used as an electric utility manufacturing facility, a bulk asphalt plant terminal, a petroleum products distribution facility, and a warehouse. The soil, groundwater, surface water and structures were all contaminated with petroleum and hydrocarbons, solvents, lead, and more.

Through a creative approach, partnerships, and persistence of Emeryville staff, this large and complex brownfield was remediated and redeveloped over a 20-year period. EmeryStation is now a vibrant commercial hub supporting more than 3,000 jobs. The Amtrak station and bus terminal connect with local transportation, while the new Emeryville greenway is a bike and pedestrian corridor that runs through most of Emeryville from Oakland to Berkeley.

Ignacio filmed CCLR’s “What is Land Recycling” video in Emeryville, where he was able to showcase the City’s transformation through land recycling: https://www.youtube.com/watch?v=azMX_dk0Dhc

EmeryStation is a quintessential example of Ignacio’s tenacity, creativity, and passion he brings to brownfield redevelopment. He loves how every project is different, every grant features something new. He also enjoys watching parcels move through the process, as he reviews different grants as they are assessed, remediated, and redeveloped. “When staff moves on, they come to CCLR because we have the history. We’re the only non-profit that does this kind of work. It’s not just about clean-up, it’s about the reuse that hits all the environmental and social challenges of today.”

Ignacio Dayrit,  is CCLR’s Lead Program Consultant. He has more than 30 years of land recycling experience and has been instrumental in the recycling of thousands of acres. The whole CCLR team is proud of Ignacio’s accomplishments and his impact on the field.