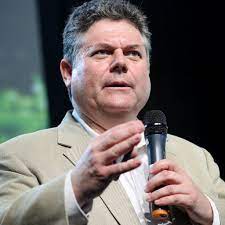 Advisory Board Member
Back to Our Team

Gordon Feller is Co-founder/Convenor of Meeting of the Minds and Co-President. Meeting of the Minds is an annual leadership summit organized since 2007 by Urban Age Institute (UAI). Feller was for more than five years Director at Cisco Systems headquarters in Silicon Valley. He served in an executive capacity within the company’s programs focused on cities.

Prior to joining Cisco, Feller was CEO of Urban Age Institute, an international non-profit research/training organization which began as a magazine inside the World Bank and was spun off ten years later in 2001. For 30 years, Feller’s advised on economic and technology issues with leaders of multinational companies, cities, NGOs / foundations, and national governments. His clients included World Bank, United Nations, German and Canadian national governments, The Rockefeller Foundation, IBM, Reuters, Metropolis, and United Cities & Local Governments. Feller advises leaders on how advanced technologies are enabling them to solve complex problems — with a special focus on developing practical and forward-looking solutions where economics, technology, and sustainability intersect. His work is the basis of documentaries and other multimedia projects.