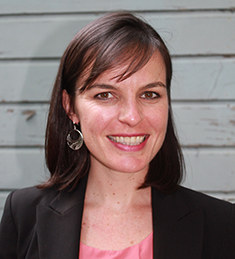 Executive Director, Emeritus
Back to Our Team

Sarah Sieloff was the Executive Director of the Center for Creative Land Recycling (CCLR) between 2015 and 2020.  CCLR promotes the sustainable, equitable and responsible reuse of underutilized and environmentally-impacted properties by educating, advocating, assisting and convening stakeholders to revitalize communities through land recycling.  CCLR works across the U.S., including in Puerto Rico, and under Sarah’s leadership it grew substantially since 2015.  Sarah has increased CCLR’s annual fundraising, realigned its strategic direction, and established the organization’s programs on the East Coast and in Puerto Rico.  She also led the successful absorption of two East Coast non-profits to expand CCLR’s policy and advocacy work at the national level, and spearheaded a national effort to protect catalytic U.S. EPA brownfields funding in 2017.  Prior to joining CCLR, Sarah served as the Memphis Team Lead for the White House Council on Strong Cities, Strong Communities, where she led an interagency federal team that helped the City of Memphis better manage and leverage $25 million in federal funding.  Sarah has a background in international development, speaks fluent Spanish, and is a Truman Scholar.  She earned her Master in Public Affairs from Princeton University and her BA from Eckerd College.  She is an active member of the Urban Land Institute and frequently leads or participates on technical advisory and assistance panels around the country.