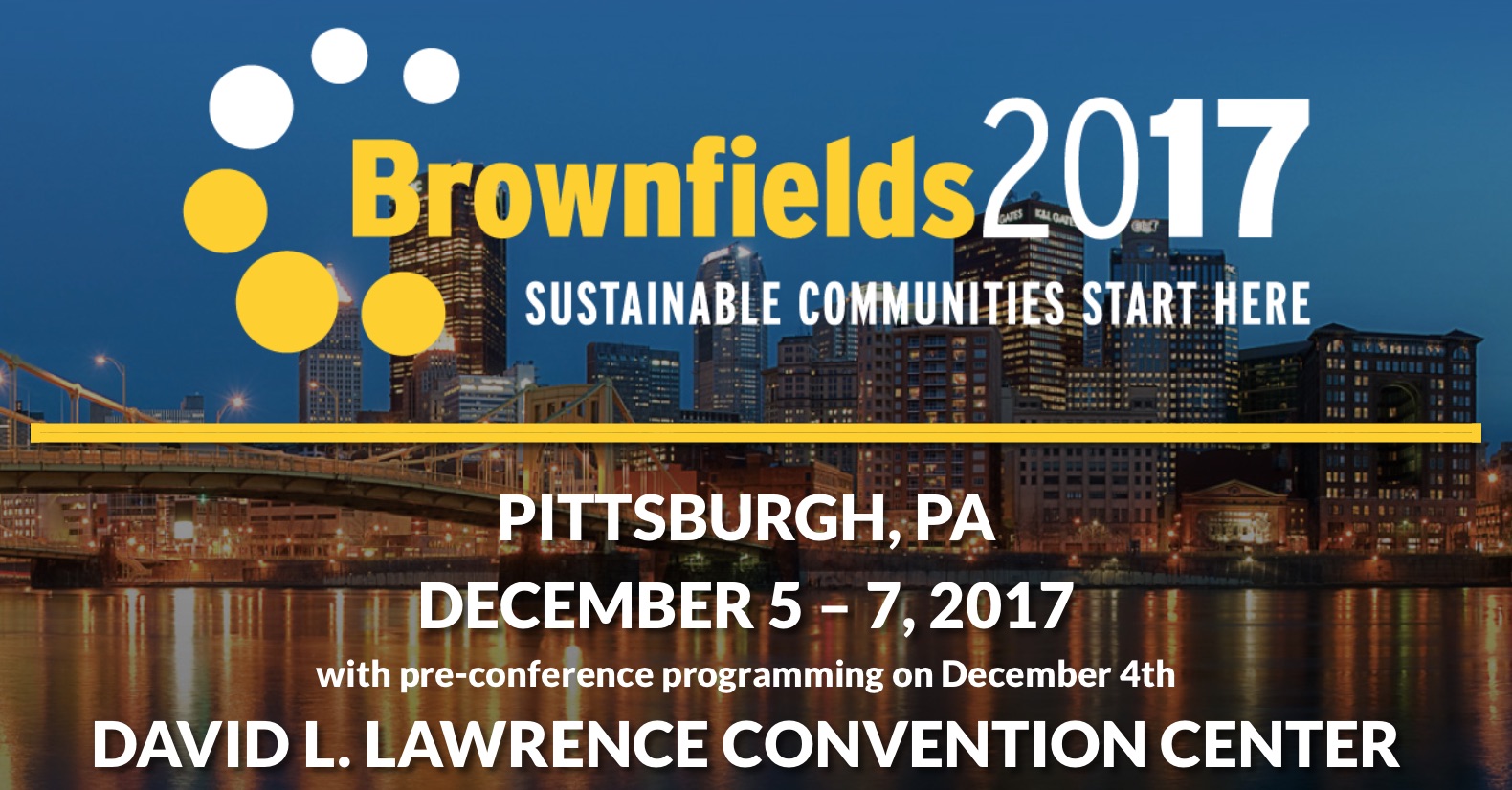 For the slides from this session, visit https://www.brownfields2017.org/sessions/#close and search (ctrl + f) for “Around the World”.

As a species, humans have yet to master the art of the sustainable city. Put another way, as architect Azby Brown notes in his book Just Enough: Lessons in Living Green from Traditional Japan, sustainable cities are so difficult to build precisely because none of us has ever lived in one. Humans have been building settlements for over 6000 years, but we’re still working on this sustainable cities thing. While we’re making strides, we have a long way to go.

Sustainability is difficult to achieve precisely because so many variables go into it, and even if it were possible to account for all the relevant variables, how would we know when we’ve arrived? Land use is definitely one primary variable that impacts sustainability, and given that Earth is now an urban planet with a rapidly changing climate, international exchange focused on sustainable urbanism has never been more critical. More brains, after all, are better than one. That’s why the Center for Creative Land Recycling (CCLR) and the German Marshall Fund of the U.S. (GMF) took this message to the 2017 National Brownfields Conference last week in Pittsburgh, one of the premier brownfields training events in the United States. 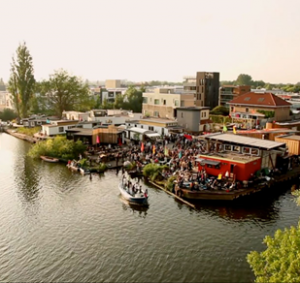 CCLR and GMF partnered on two sessions. “Around the World in 60 Minutes” featured three speakers sharing perspectives on brownfields redevelopment in different countries. Irene Garcia, Program Officer at GMF’s Berlin office, shared lessons on land reuse and sustainable urbanism from GMF’s international municipal exchanges. Gabrielle Muris, owner of Urban Impact in Utrecht, the Netherlands, shared her perspective on adaptive reuse from her experiences in two projects: a major shipyard redevelopment in Rotterdam, and the Werkspoor Factory in Utrecht. In 2004-2005, Gabrielle was part of a team that suggested adaptive reuse for the behemoth Rotterdam site, now a job training and educational facility called RDM Campus. Gabrielle noted that when her engagement with the project started, “everyone thought we were crazy” for trying to adaptively reuse the shipyard. Now, adaptive reuse is recognized as a best practice, not only in the Netherlands but in many other places, as well. 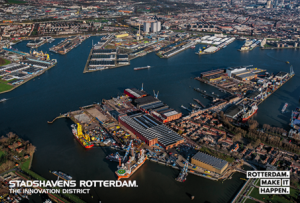 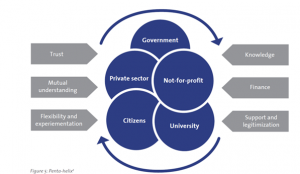 Mary Hashem, co-founder and principal of RE|Solutions, spoke about China’s development goals and capacity building efforts.  China has no national environmental policy, and 16.1% of its total land area and 19.4% of its farmland is estimated to be contaminated.  There are stunning examples of redevelopment, however, such as the Sichuan River Park that Mary presented from the city of Fuping in Guanzhong Province.  The Park is approximately 390 acres and 3.25 miles long.  Problems prior to redevelopment included wastewater pollution from upstream factories and farmland, polluted stormwater runoff, and air pollution from nearby factories.  Solutions included building a sewage treatment plant, dredging contaminated soil, and planting landscaping that is effective at absorbing pollution. 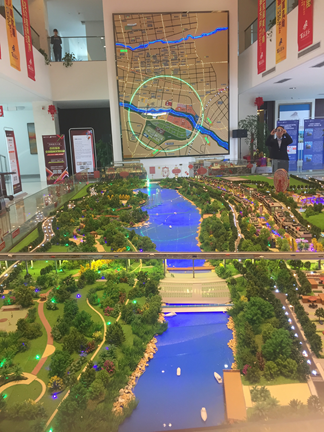 Mary also highlighted the concept of social return on investment, and encouraged the audience to consider how this idea of creating value that isn’t captured by traditional accounting is helping to guide brownfields redevelopment practices around the world.  Mary had a particularly useful chart, which we are sharing below: 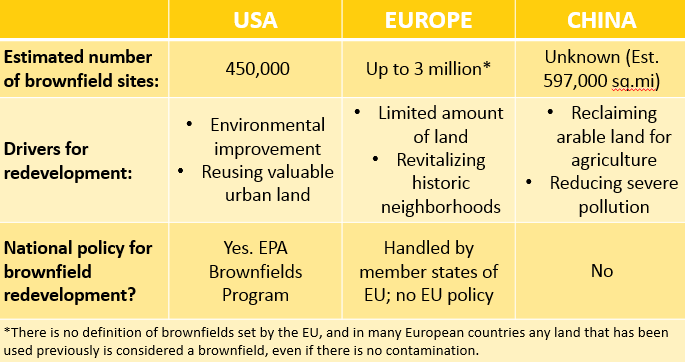 Source: Mary Hashem, presentation from “Around the World in 60 Minutes,” panel at 2017 National Brownfields Training Conference

International Colleagues Do Breakfast and Talk Brownfields
CCLR and GMF also hosted an international networking and exchange breakfast, which brought together 15 international practitioners from Canada, the Netherlands, the U.K. and the U.S. Attendees discussed how their countries approach brownfields redevelopment and what they wanted to learn from those around the table. Agreement emerged on several points:
• Succession is a major issue, and young people are critical stakeholders who need to be involved in discussions about brownfields redevelopment, both as practitioners and as citizens;
• Funding is important and there is never enough of it, regardless of its origins;
• Language is important: how we talk about brownfields redevelopment can lead us to different places. Gabrielle Muris referred to “layering conversations” as a necessary tactic. For example, how can we as practitioners improve our brownfields redevelopment game by learning from integration programs targeted at immigrant communities throughout the U.S. and Europe? What insights can these programs give us us to improve our own community outreach? They probably don’t deal with brownfields, but that doesn’t mean we can’t learn from them;
• Integrating academics into our international conversation is important, especially because academics can act as a bridge to help support international conversations, even when the public and private sector can’t. That said, there is a need to keep the public, private and academic sectors all engaged and moving forward together;
• Connections among countries with developed brownfield legal and regulatory systems already exist, but connections with countries still developing their legal systems are almost non-existent.

That said, international collaborations are only as rare as we make them. Minnesota Brownfields and U.K.-based CL:AIRE have been working together on municipal regulations around contaminated soil for some time. CL:AIRE’s Nicholas Willenbrock observed that such a partnership between U.K. and U.S. organizations makes sense due to the similarity of legal frameworks. Think about that observation — so often, international conversations about brownfields redevelopment stop because we assume that the legal and regulatory frameworks are too different. By approaching this conversation from a different angle, we gain a completely different picture.

The group opted to continue the conversation via an existing international LinkedIn group, called the International Group of Excavated Materials Reuse Programs (you can request to join on LinkedIn). Many thanks to GMF for its support of these important and ground-breaking events.

Many thanks to the German Marshall Fund of the U.S. for its support in making both events possible! For more about GMF’s Urban and Regional Policy Program, visit their website.