Going into the holiday weekend, New York State’s 2018-19 budget passed both houses of the Legislature and headed to Gov. Andrew Cuomo’s desk for his signature. At more than $168 billion, the spending plan for the coming year contained many important initiatives.

Among the environmental highpoints were long-sought reforms to the state’s landmark Brownfield Opportunity Areas (BOA) program, along with another year of guaranteed funding. And a Governor’s proposal to delay tax credit funds due to developers under the Brownfield Cleanup Program (BCP) was rejected.

Originally conceived as a tool to provide planning funds to low- and moderate-income neighborhoods plagued with multiple brownfields, BOA has become a widely used community planning tool across New York. There are now some 44 Designated BOAs, making developers who build consistent with community approved plans eligible for an additional 5% tax credit.

This year’s budget included $2 million in new BOA funding, along with reforms to streamline entry into the program. Additional reforms will allow certain municipalities with redevelopment plans that are consistent with the BOA area-wide approach to achieve Designated status. And, of great benefit to communities and municipalities, a post-designation category will be developed to provide funds to market approved BOA plans to potential developers.

The Center for Creative Land Recycling led advocacy efforts on behalf of the BOA funding and reforms with Jeff Jone’s leadership in Albany. CCLR also supported the efforts of the New York State Bar Association, the NYC Brownfields Partnership and the Brownfields Coalition of the Northeast (BCONE) to oppose the BCP tax credit deferral.

CCLR’s attention now will be focused on timely advancement of the next round of BOA funding, opening the program to new entrants, developing the new post-designation funding category, and increasing funding in next year’s state budget.

Our victory makes it all the more important that we stay strong as a community. Keep the momentum going, and join us in Albany on June 13th and 14th for the 3rd Annual NYS Brownfield Redevelopment Summit: Keys for Successful Brownfield Redevelopment in 2018 and Beyond. This one-of- a-kind event brings together elected officials, planners, economic development specialists, community groups, redevelopment professionals, developers, remediation experts and public agencies all in one place. Hear about trends, funding and best practices to stay competitive and accelerate your redevelopment projects. 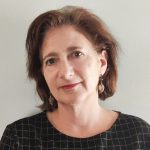