The Washington State Brownfields Conference held on May 29-30, 2019 was a long time coming – the state had not had a brownfields conference designed for community, local, tribal and nonprofit stakeholders since the early 2010’s. With robust resources revived at Washington Department of Ecology, expanded eligibility for certain sites and nonprofits, and an ongoing urban housing crisis, it was an opportunity for a group-think of the possibilities. It was also a perfect opportunity to share knowledge of redevelopment resources and experiences in Alaska, Idaho and Oregon. Keynote speakers Jim Pendowski, Chief of Ecology’s Toxic Cleanup Program highlighted the achievements of Spokane’s program and explained the renewed energy to reuse brownfields in the state. Mayor David Condon linked the city’s sustainability efforts with economic development, infrastructure and redevelopment. (Check out an article about Mayor Condon in Governing magazine) 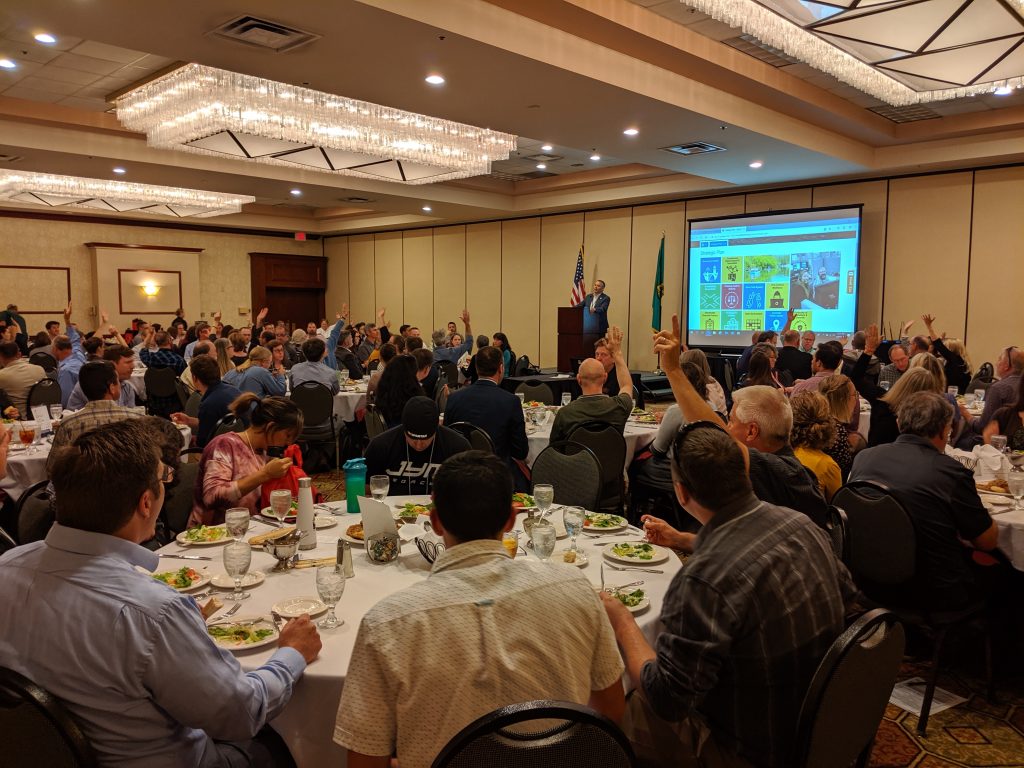 Spokane was the perfect setting for the brownfields conference, and it was on full display at the brownfields bus tour. The bus tour highlighted five Spokane redevelopment projects, and featured a variety of sites and reuses. The stop included a series of concrete combined sewer overflow tanks to reduce combined sewer overlfow into the Spokane river during extreme weather events, Washington State’s first Brownfield Redevelopment Opportunity Zone located at Hillyard neighborhood, and University District–former railyards turned business hubs. Another featured site was Kendall Yards. The 77-acre parcel, historically used as a Union Pacific railyard was redeveloped into an urban village, with sidewalks, single and multi-family homes and shops. Finally, the tour ended at Spokane’s Riverfront Park. This site has been in use by different communities for over 15,000 years. The waterfront served as a gathering place for local tribes and by the 1870s the area around Spokane falls served numerous industrial industries and activities. Later on, the lland was used as the site for the 1974 World’s Fair, the first with an environmental theme. More recently, the City has begun major redevelopment and cleanup of the site. From industrial uses to parks and urban villages, the bus tour showed the variety of outcomes and end uses that redevelopment projects can achieve. 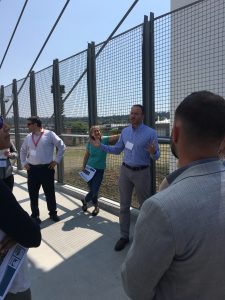 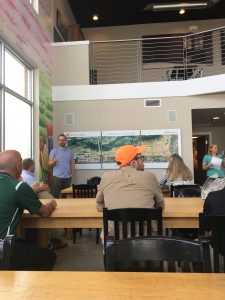 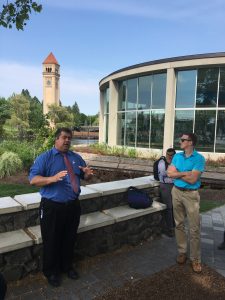 CCLR was involved in a number of panels. The Brownfields Boot Camp brought together experts from Ecology, the US EPA Region 10 brownfields team, CCLR and WA Commerce. Highlighting the mantra “begin with the end in mind,” Maul Foster Alongi (MFA) led the planning implementation exercise that put real life decisions in full display. On the second day, the process overview and funding panels of the boot camp we repeated to new audiences. CCLR also moderated the standing room-only Liability to Ability panel, where legal minds showed how to deal with the most prickly sites. Likewise, the Visioning panel highlighted the importance of community involvement during the redevelopment process as well as how to engage local communities. Other key issues discussed at the conference were infrastructure for sustainability and funding for housing. 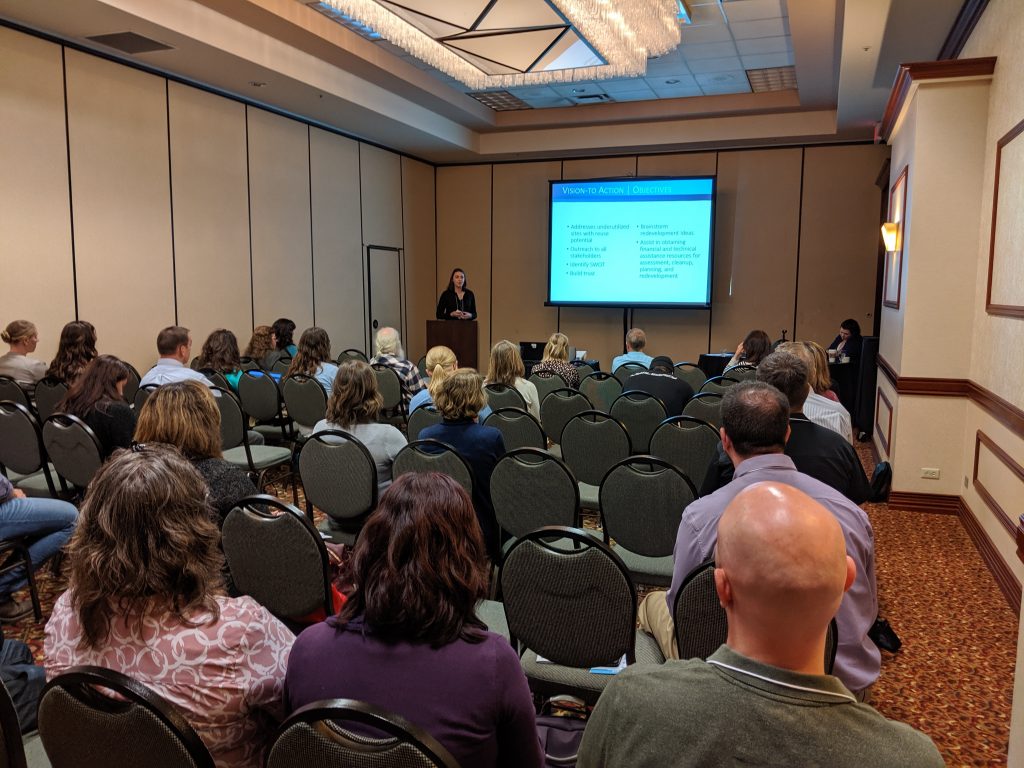 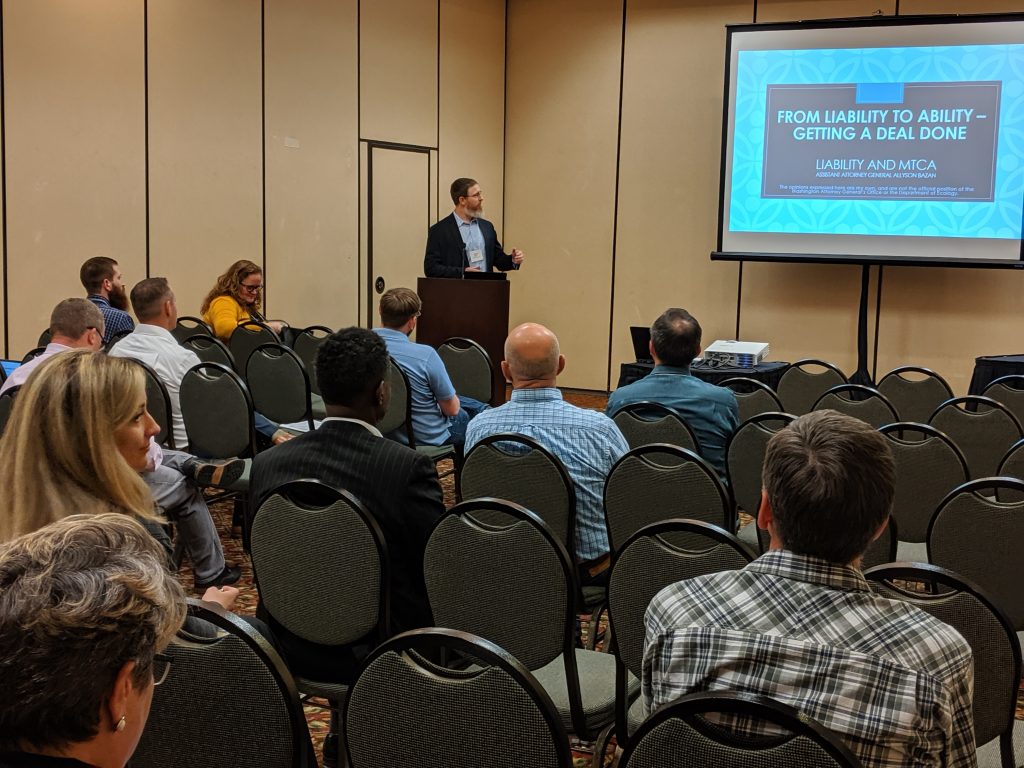 CCLR thanks all members of the planning committees, particularly Northwest Environmental Business Council (NEBC), Maul Foster Alongi, the Title Sponsor, and City of Spokane staff. We are also grateful to the state speakers at our panels, as well as our co-presenters from Beveridge & Diamond, Environmental Liability Transfer, and PBS Engineering and Environmental Inc. The close coordination and partnerships helped bring more than 200 participants to this successful gathering, which will result in coordinated efforts to bring funding and technical assistance to previously unserved communities. 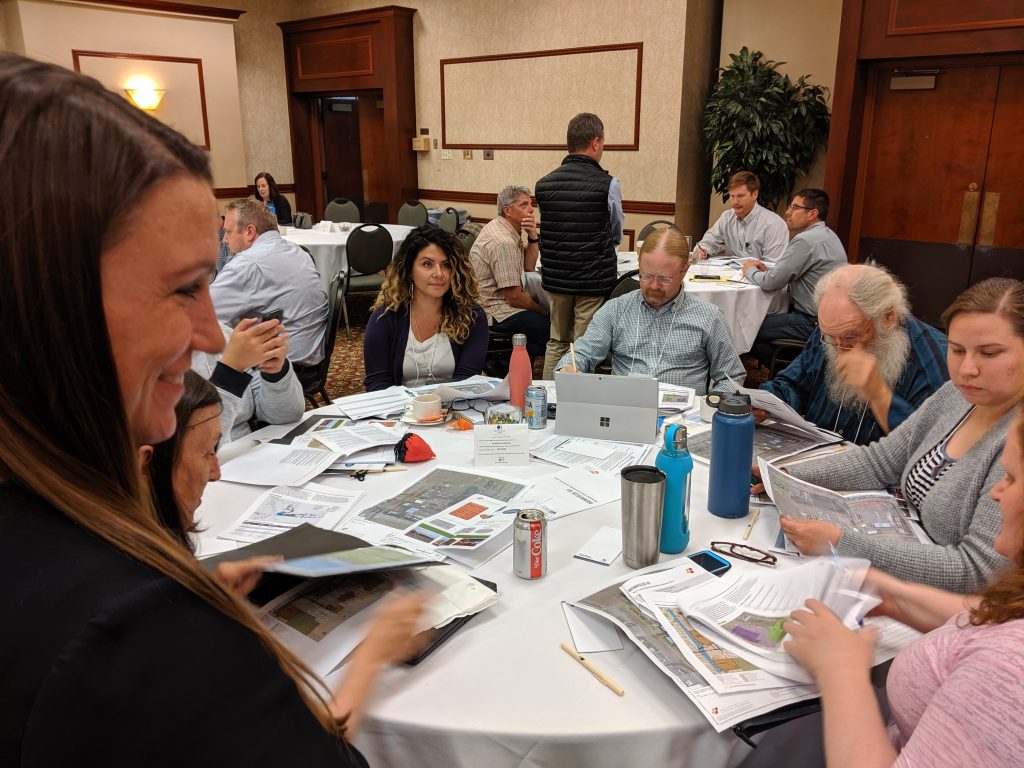